Scholarships: How to Win More

In previous posts, I wrote about how to find scholarships. Also, I showed you the tools, technology, and systems that you need to organize and grow your scholarship efforts.

You may have followed all of these tips. Now you’re submitting a lot of scholarship applications. But, unfortunately, after all that effort, you’re still not winning money for college.

Meanwhile, you read the stories about students like the Philadelphia student who won over $1 million in scholarships. What’s interesting is that she’s not an A student. Shayna Robinson-Owens has a 3.2 GPA. None of her school choices were Ivy League. She’s not attending any of the most prestigious schools. Her story shows that if she can win scholarships, then you can too.

What do students like Shayna do to win scholarships that other students rarely make an effort to do? First, they get to know the people who decide who wins.

There are three reasons why students don’t win scholarships.

They have a weak application. The second reason is that you have a weak application. As you put together your application, you should focus on perfecting all its parts. The typical scholarship application includes a demographic questionnaire that asks about your profile, grades, and activities. The information you provide should be accurate, complete, and absent of misspellings. Your essays should be robust, precise, and answer the prompt. You don’t have to be the best writer. You need to earn all the points from the rubric sponsor used to judge your application.

The sponsor doesn’t know them. You may have heard this already. It’s not who you know. It’s who knows you. This adage is true when looking for an internship or job. It’s true in the business world. But it’s also true in the world of scholarships. Live by this quote, and you’ll succeed in life. You have to know how to network and build relationships with people you can ask to help open doors for you. If you’re applying without knowing the sponsor, this reduces your chances of winning a scholarship.

Why Network with Scholarship Sponsors

There are four reasons to network with scholarship sponsors. First, for scholarships to happen, you must reach out to sponsors to:

Verify eligibility for the scholarship. Sometimes in the listing, it’s not clear that you’re eligible. Rather than not applying, there’s a perfect opportunity to reach out to the sponsor and ask questions to clarify your eligibility. Their response does two things. It can confirm if you should apply before putting in the time and effort. Also, it opens the door to starting a relationship with a person who has a stake in the scholarship decision.

Gather intel and feedback to strengthen your application. Naturally, people want to be helpful. Knowing how hard it is for young people to reach out to adults, scholarship sponsors will appreciate that you are asking a question. Also, if they are providing contact information in the scholarship listing with an invite to ask a question, take them up on it. When you ask about the scholarship, especially pointed questions about who the sponsor is looking to fund, this information can give insights that you can add to your application.

Show interest and enthusiasm for the organization. Organizations award scholarships as part of a greater mission. This commitment comes with a level of pride for what the organization is doing and its impact. By reaching out to show your appreciation for the opportunity and letting them know your intent to apply, you show that you are enthusiastic. You’re taking the initiative, and you’re doing something, a hard thing that most young people don’t know, reach out to adults. This will go a long way in how the sponsor will think of you and likely aligns with who they want to award the scholarship to ultimately.

How to Network with Sponsors for Scholarships 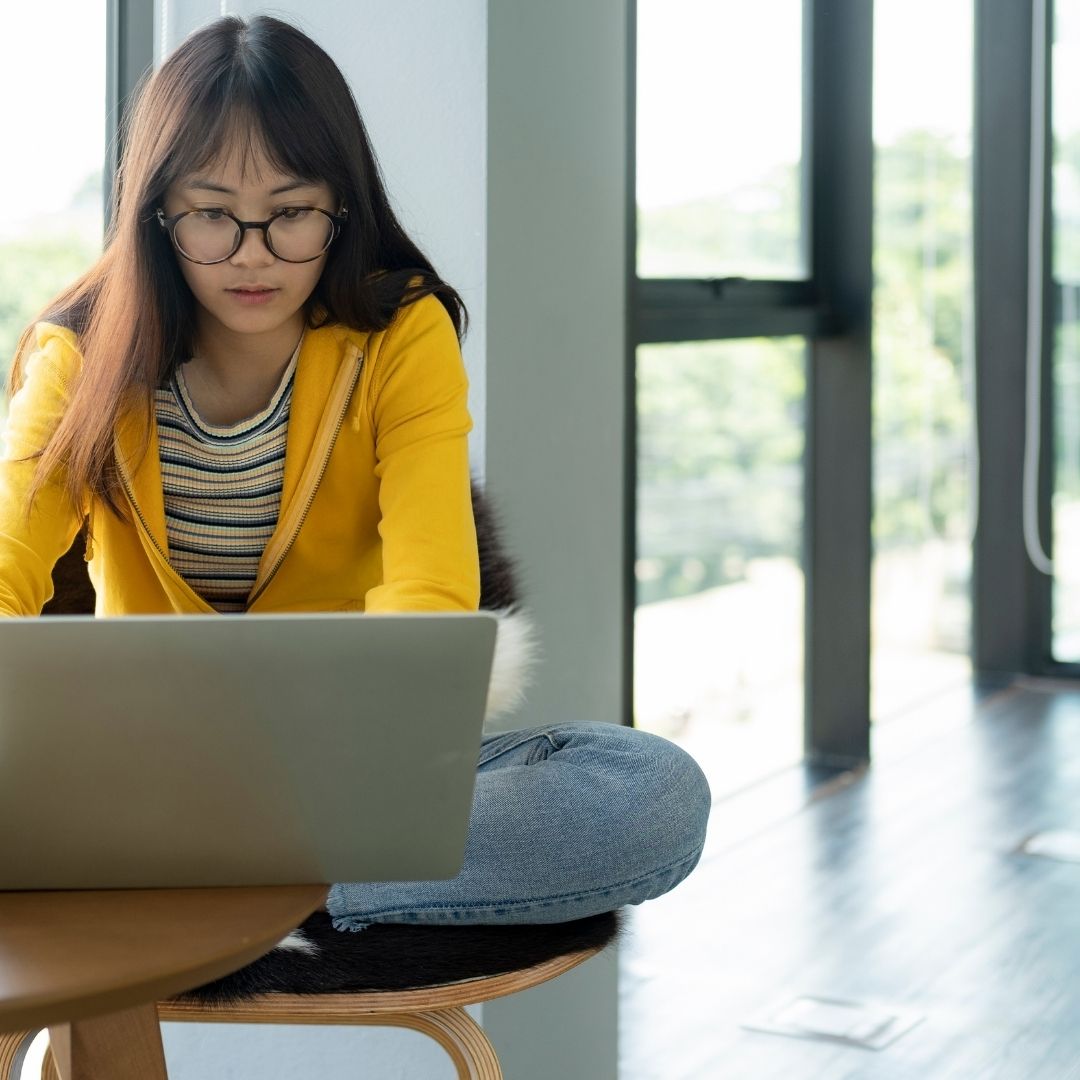 I teach my students how to build relationships with sponsors before, during, and after they apply for scholarships. First, you can check the scholarship listing for the name and email address of the sponsor. If you can’t find it there, visit the organization’s website and reach out to them for the contact person to ask a question about the scholarship.

Once you have a listing of sponsors for scholarships, you want to reach out to each one individually, introduce yourself, and ask a question.

Now keep in mind that you may not get a response back. This is okay. What you’ll do is continue to follow up at least 48 hours later. If you don’t get a response, you’ll send a final email up to one week after the initial email.

Here are a few questions to ask scholarship sponsors:

These are some excellent questions to get started with as you reach out to sponsors for scholarships.

Of course, you might have your own questions you would like to ask. Do you see how powerful it can be to get input from scholarship sponsors to create a more robust application? By networking with sponsors for scholarships, you can accelerate your scholarship efforts. Also, you need to know that you can use these skills to grow in your career when you learn how to network now. For the rest of your life, you’ll need to get into the habit of reaching out to people for informational interviews to help you get internships and job opportunities. 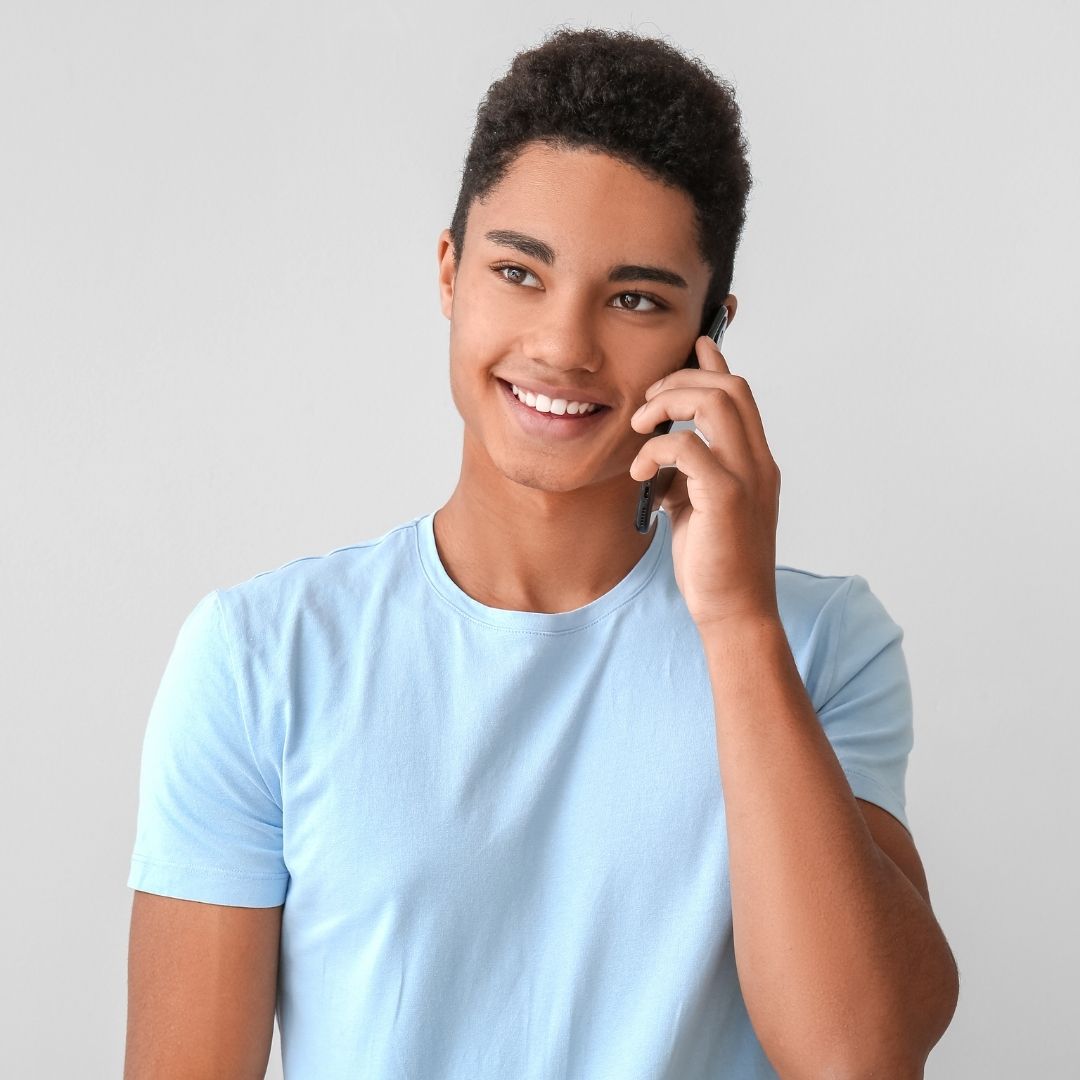 Let me tell you a story about one of my students named Logan. Logan found a scholarship offered by his local community foundation. After sending an initial email to the sponsor requesting an informational interview, the sponsor did not respond. So Logan sent a follow-up email, and two days later, the scholarship sponsor wrote back and agreed to meet. They spoke by phone. Logan told me they had a great conversation, talking about his aspirations to become a lawyer. The sponsor also advised Logan to look at past winner’s applications to learn what they did right. The conversation lasted for about 30 minutes. Afterward, Logan sent a thank you email to the sponsor to show his appreciation for the meeting.

What was what Logan walked away with was critical intel that he could later integrate into his application. Therefore, after Logan submitted his application, he promptly wrote the sponsor again, informing them of the application he submitted.

Three months later, Logan had not heard from the scholarship sponsor. So, he reached out to ask for an update on the status of his application. Promptly, the sponsor replied with an updated timeline. He would learn by Friday. When that Friday came, Logan heard the news: the scholarship committee selected Logan for the $5,000 scholarship award.

So here’s what helped Logan win. First, he took the initiative and reached out to the sponsor. Reaching out to adults isn’t something that many young people are comfortable doing. Remember that successful people do hard things. In this article from CNBC, of the 22 hard things you have to do to be successful, the first is, “make the call you’re afraid to make.”

If you can work up the courage and send an email to sponsors for scholarships, then you’ll be ahead of the curve. I help make it easier for you with these email templates. All you have to do is copy and paste them into an email and hit the send button.

Second, Logan showed that he is a persistent person. In total, he sent the sponsor seven emails. With each email sent, Logan showed his interest and commitment to winning the scholarship. I can assume that no other candidate reached out to the sponsor as he did. In doing so, he showed his worthiness. You can do the same thing. Write the sponsor in regular intervals.

Finally, Logan took the sponsor’s advice to research the previous winner’s application. With those insights, he boosted his application quality. If the sponsor read the application and showed that he listened to the advice, this would work in his favor. When people give you advice, the best compliment is showing that you put it to use for your benefit.

All of these factors helped Logan win the scholarship. They can help you too if you adopt these strategies.

When to write sponsors for scholarships. 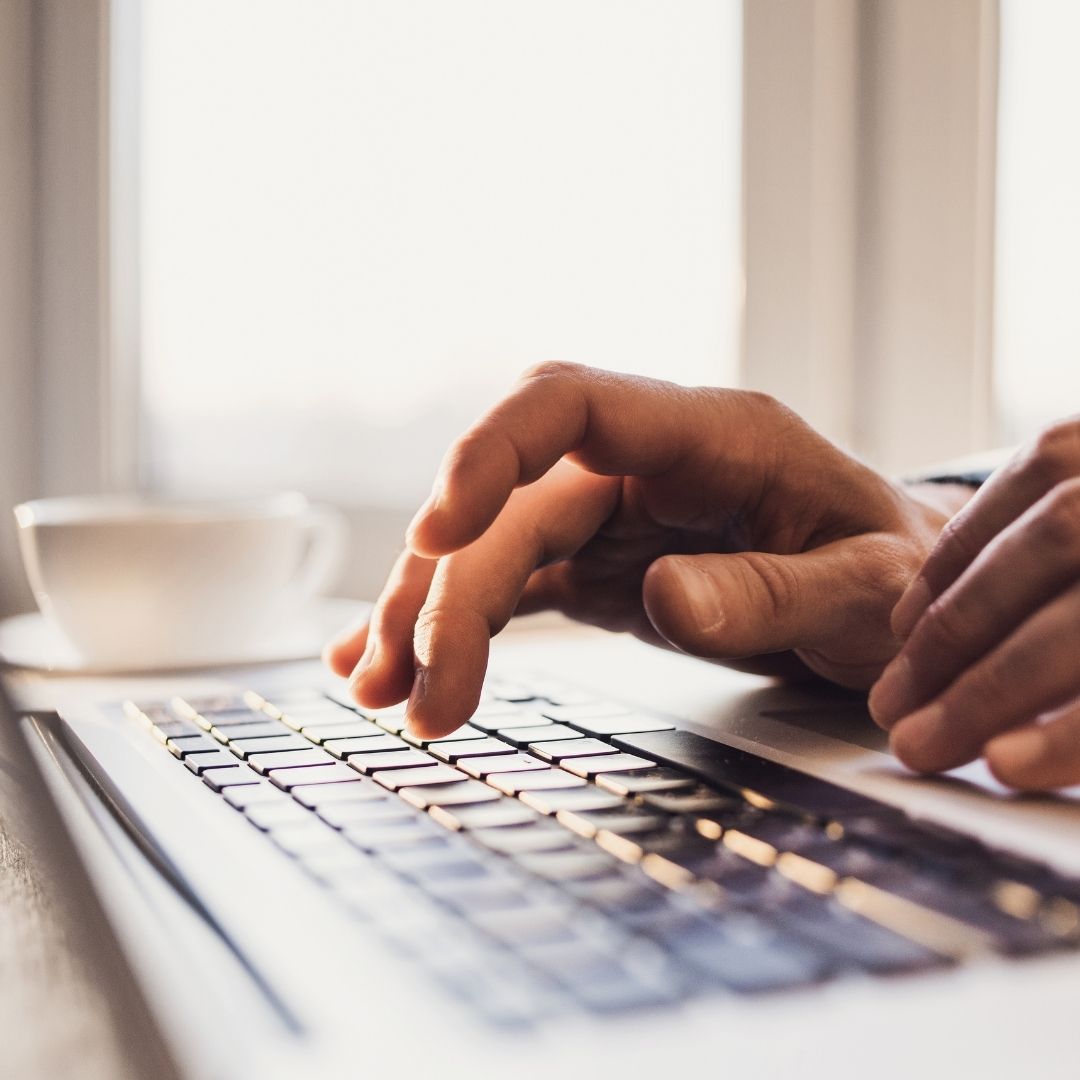 You should send sponsors for scholarships at least five emails. Here’s when:

Having a connection doesn’t mean you’ll win without proving yourself. But it makes it a whole lot easier if the scholarship sponsor knows, likes, and trusts your intent and academic promise.

Don’t forget to download your email templates here to get started with this strategy. 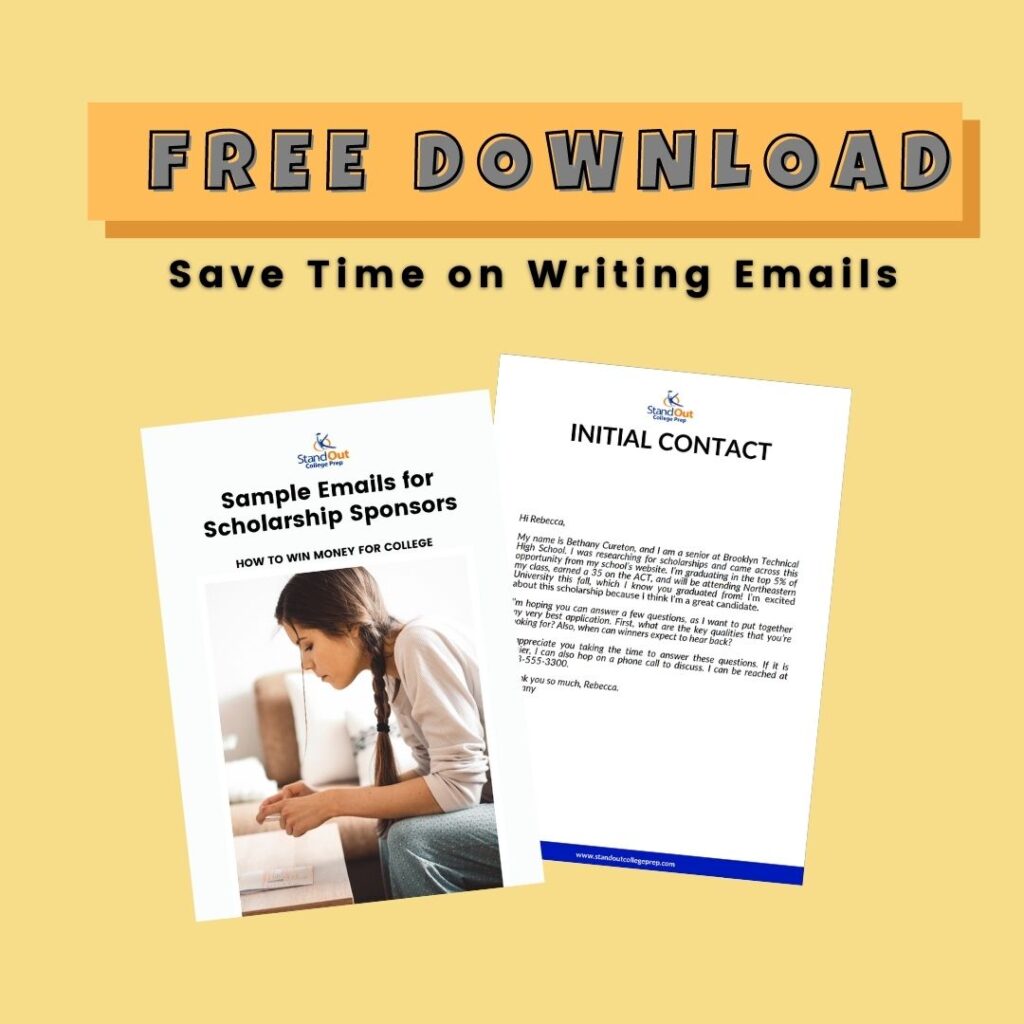 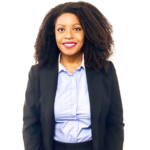